The James H. Hargreaves Memorial Scholarship fund  provides a $500 cash prize to be awarded annually to a graduating High School student who has been accepted for further musical study at a recognized post-secondary institution and whose band director or private music instructor is a member in good standing of The Nova Scotia Band Association.

The scholarship committee will take these
attributes into consideration.

Application and reference forms are at the bottom of the page. 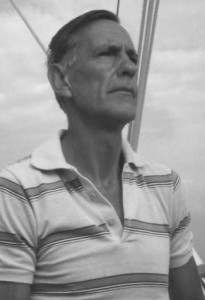 James H. Hargreaves was born in Perth, Scotland in 1934. Educated in Scotland and England, he emigrated to Canada in 1959 and became prominent in the Canadian world of music as a virtuoso performer, renowned conductor and gifted teacher. Considered one of the foremost music directors of wind ensembles in Canada, he built programs that trained a generation of instrumental teachers. He was a graduate of the Royal Academy of Music, the Royal College of Music and Trinity College of Music in London, England. A gifted soloist in all styles he was principal trumpet in Her Majesty’s Scots Guards and a CBC Radio recording artist. In 1970, he attended Crane School of Music, State University of New York and was a full professor at the St. Francis Xavier University School of Music from 1970 until his retirement in 1999. James Hargreaves was the founding Music Director and Conductor of the Nova Scotia Youth Wind Ensemble from 1991 to 1999, conductor of the National Youth Band of Canada in 1996, member of the Maritime Jazz Orchestra and an adjudicator and clinician across Canada. His many awards included the Canadian Band Association Distinguished Band Director Award and the Nova Scotia Music Educators’ Association Musica Viva Award in 2001. Whether at the podium or in the classroom, Jim was a master teacher, respected by his colleagues and loved and admired by his students who remember him for his inspiration and support, and the impact he had on their musical lives. The James H. Hargreaves Memorial Scholarship Fund was established after his death in December 2003.